On request there are several special sessions just before and during the conference.

This session will be organized on sunday afternoon, just before the conference. A room will be available for exclusively for this special session.

This session will be chaired by Valerio Sbragaglia.

This session brings together interdisciplinary researchers to gather the last scientific advances on several aspects of recreational spearfishing around the globe and foster discussion on future research challenges. The session welcomes ecology-oriented, social-oriented as well as economic-oriented contributions. Citizen science projects with spearfishers are more than welcome as well. Examples of topics where contributions are welcome are:

The main goal of this special session will be fostering collaboration of researchers in crystallizing social-ecological and evolutionary aspects of spearfishing in a review/conceptual paper. For more information you can contact Valerio Sbragaglia (valeriosbra@gmail.com). Abstracts for this session only, can be send directly to Valerio as well. 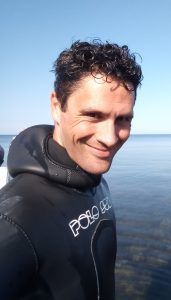 Valerio Sbragaglia has a PhD in marine science and he is a passionate spearfisher since he was a child. He grew up in front of the sea and he has been always attracted by the underwater life. His passion for recreational fishing strongly influenced his decision to pursue a research career in marine science. He got his PhD at the Marine Science Institute of Barcelona (ICM-CSIC) and then moved to Berlin where he developed experimental research on fisheries-induced evolution of behavior in the group led by Prof. Dr. Robert Arlinghaus at the Department of Biology and Ecology of fishes of the Leibniz-Institute of Freshwater Ecology and Inland Fisheries (IGB). He is actually a Juan de la Cierva Fellow at ICM-CSIC. His main research interests are related to behavioral ecology, evolutionary ecology and chronobiology, but he is also strongly interested in transdisciplinary aspects related to spearfishing. Moreover, he is extremely active in creating bridges between the spearfishing and the scientific worlds (http://spearfishinglab.org/).

Marine Recreational Fisheries in the Mediterranean and Southern European Coasts

This session will be organized during the conference where a room and timeslot will be exclusively for this special session.

Abstracts for this session must be submitted here.

Marine angling and spear fishing are culturally and socially relevant recreational activities in southern European countries, from the NE Atlantic throughout the Mediterranean coasts. These activities generally provide an additional source of seafood for many practitioners, since catch and release is not a widespread practice in the region. Moreover, marine recreational fisheries (MRF) compete with commercial small-scale fisheries for progressively scarcer fish stocks and conflicts are frequent, especially where some recreational fishers illegally sell their catches. Although it has been historically assumed that marine recreational fishers have relatively low economic and ecologic impacts, there are increasing evidences that MRF catches can be compared to those of the commercial sector, in particular for some high value commercial species such as the European sea bass and sea breams (Sparidae). In addition, some recreational fishing activities (e.g., spear fishing) target large fish with high reproductive value (“megaspawners”), and vulnerable top predators, which may have significant impacts at the community and ecosystem level. On the other hand, direct and indirect expenses from recreational fishing have an important contribution to local economies.

Despite the significant increase in research on MRF, large scale studies are still not conducted on a regular basis, which has resulted in insufficient data to properly manage these fisheries and the respective resources. Furthermore, given the multi-species nature of recreational fishing in the Mediterranean and southern European waters, most of the sought after and caught species in the region are not included in the list of species for which information on recreational catches is mandatory under the EU’s “Data Collection Framework”. Lack of regular monitoring and assessment of MRF catches for the species will result in increased uncertainty around the fishing pressure and the status of the respective stocks, ultimately hindering effective fisheries management.

This session will focus on biological, ecological, socio-economic, data collection, conservation and management aspects of recreational fisheries in the Mediterranean and the SW coast of Europe.

The session will be chaired by:

Co-chairs will be (pending on the number of presentations): Pedro Veiga (Portugal), Pablo Pita (Spain) and  Anastasios Papadopoulos (Greece). 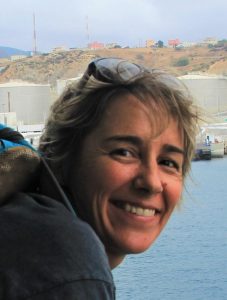 Mafalda Rangel has a Ph.D. in Fisheries Sciences and Technology from the University of Algarve and has been a member of the Fisheries, Biodiversity and Conservation (FBC) group of the Centre of Marine Sciences of Algarve (CCMAR) for over 15 years. Over the years she has been involved in several European and national fisheries projects, focusing on management processes, socioeconomics of fisheries management, and stakeholder involvement. She started the systematic study of MRF in Portugal in 2003, carrying out the first comprehensive analysis of shore-based angling in the country. Mafalda is currently conducting a post-doctoral six years project on recreational boat angling and spear fishing in southern mainland Portugal (2017-2023), during which she coordinated the “Pescardata” project (2018), the first nationwide study on Marine Recreational Fisheries in Portugal. Her studies on MRF focus on different aspects of the activity, including mapping, defining socio-economic impacts, understanding opinions and perceptions of users, promoting stakeholders’ interaction processes, and estimating fishing effort. Her main aim is to improve scientific knowledge on this activity and to contribute to sustainable integrated management. She is a permanent member of the ICES Working Group on Recreational Fisheries Surveys (WGRFS).

Abstracts for this session must be submitted here.

Freshwater top predators such as pike (Esox lucius), perch (Perca fluviatilis) or zander (Sander lucioperca) have colonized brackish ecosystems across the European coasts in the North Sea and Baltic Sea. Physiologically, brackish ecosystems provide challenging conditions for freshwater fish. Local adaptation has allowed some stocks to successfully recruit in oligo- to mesohaline conditions, while in other areas significant anadromy is maintained that links marine and freshwater ecosystems through spawning and feeding migrations. Many inshore coastal ecosystems are very productive, facilitating the buildup of significant stocks of freshwater top predators that are in turn attractive targets of recreational fisheries. However, in several estuaries recent reports of declining stocks have raised concerns about the sustainability and long-term quality of the fisheries. Both environmental changes (warming, eutrophication, influx of saline water, changes in food webs and prey bases) as well as fishing impacts could explain the patterns. In addition, conflicts among different fisheries sectors and among the fisheries, nature conservation and coastal development are rising, and need to be addressed by more effective management and tourism development.

This session shall bring together researchers, managers and stakeholders from different countries to discuss the latest ecological and human dimensions research as well as best-practice experiences to better understand the causes and consequences of ongoing developments in the fisheries for freshwater top predators in brackish coastal and estuarine ecosystems. The session aims at taking a broader ecosystem as well as social-ecological perspective, and to integrate research from both inland and marine systems. The session should ultimately identify common causes and possible solutions in terms of management across a set of case studies and improve the networking among different groups working on similar issues in different countries along the North Sea and Baltic coastline. 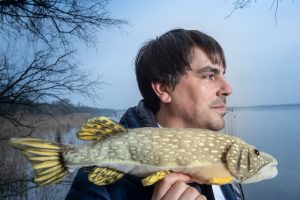 Robert Arlinghaus is a professor of integrative fisheries management at Humboldt-Universität zu Berlin. He runs the IFishMan-lab (www.ifishman.de) at Leibniz-Institute of Freshwater Ecology and Inland Fisheries. Robert has about 20 years of research experience in interdisciplinary studies of recreational fisheries. His team and he have also intensively worked on the behavior and population dynamics of northern pike (Esox lucius). The most recent project called Boddenhecht (www.boddenhecht-forschung.de) deals with the coastal pike fishery around Island Rügen in Germany.

Our society changes fast concerning the production and use of energy. Water is used to generate power in various ways. Also we see solar powersystems being built on water surfaces. Furthermore windmills to generate power are built in the sea.

What happens here, and what are the effects, positive or negative, on fish and fisheries?

This session is powered by the Dutch and Flemish Fishnetwork and added as a theme for you to submit your abstract.